Doroshi5 dager siden
Hello again! Thought I might ask something so here's the question:

Have you been lucky when it comes to figure quality? Figures having major quality issues after being released but yours came perfect?

Honestly there's no worse feeling than waiting for something you've pre ordered months ago, maybe even for over a year, waiting for it, getting excited to open your package and BAM. The figure is broken. There's a major scratch here. There's paint bleeding there. You might proceed to immediately go check the product page on MFC and to your surprise, you aren't the only one with this issue. As bad as it might sound, it feels better for me to know I'm not the only one.

Depending on your shipping or where you bought it from, you might be checking every day the comment section for a figure that just released but you know you will be waiting for a few weeks, maybe even months. Users devastated and all sharing QC issues with a figure you've ordered and are waiting for. You're sweating opening the package when you get it and you've been blessed with a perfect figure. Dodged a bullet.

I seem to get lucky when it comes to this topic. You can judge a manufacturer's quality control or record based on past releases, but with the continuous expansion of this hobby, new manufacturers can pop up here and there and you just don't know what to expect.

Recently I got ITEM #604482 and many people received him with broken hair. It made it worse that he was announced ages ago and delayed several times, so everyone was itching to finally receive him. The packaging offered little support for his hair so I was heavily worried when I received him but luckily he was in good condition!

My new worry is for ITEM #1085472 from Shibuya Scramble. Their previous figures came broken for a lot of people. I realize that his design isn't as complex and delicate as their Re:Zero figures, but I still can't help to worry. Here's to hoping they improve their packaging or that luck stays on my side!
671 treff • 0 favorit • 19 kommentarer

So, are you lucky when it comes to figure quality?

famouslastwords
LavenderRum • 5 dager siden • #97924714Ah the highs and lows of collecting Jojo nendoroids. :') I was usually lucky while others had more glaring QC issues, but the latest nendo, my Ceasar Zeppeli's paint job ITEM #951106 was WHACK in some areas. Had to fix him up myself. oh no, really? mine hasn't shipped yet and he was my first nendo preorder, I really hope he arrives looking okay...
5 dager siden

Fabu_Figures
Excellent luck with my purchases, especially from Mandarake. Despite being listed as having potential damage, 98% of my figures came in perfect condition (box conditions varied from fine to breaking apart, but I don't keep most of the boxes, anyway).

I've also had plenty of luck with "tsumujikaze-hsik" on Ebay, so puts hundreds of figures up for bidding on Ebay. 8/10 times purchasing from them means getting a figure in great to near perfect condition :D
5 dager siden

letheral
every time i get a prize figure that has no painting defects it’s like a blessing from the gods.

recently i ordered a lot of nendoroids under a junk listing (i was feelin lucky what can I say) and 3/4 of them had major damage but the figure with the highest resale value was practically untouched.
5 dager siden

akechisupremacy
i guess i would consider myself lucky as i've only ever had very minor defects like others have mentioned. the only time i ever really had a problem with a figures quality was when i bought ITEM #118357 from someone on ebay listed in "like new condition". she arrived with no broken pieces, but lots of scratches, a ton of dust piled up in her hair and on her body, and random orangey brown stains (not from production) on her base and legs that i had to clean off. it turned me off big time and it ruined the experience of owning her for me. i would have rather taken her with a broken sword or hand or some discoloration instead. i hate when people take poor care of their figures...
5 dager siden

Adama
Out of 20 figures I own (some of them are not anime related, not on MFC) I only experienced a single issue and it's a minor one thankfully. A small glue blotch on the With Fans Milim. Invisible until you inspect it closely. Other than that, really no issue, so I'd say I am either very lucky, or the QC is generally really good when it comes to scales (if you avoid manufacturers like Bfull/FOTS, Bellfine and some more).
5 dager siden

kudo_maharizu
In my limited experience, the quality depends on figure types and manufacturer. A prize figure tends to show more of the limitations you described. And among prize figures, there is a spectrum of quality. For me, Taito COREFUL figures are great but not SEGA. Scales aren't always perfect either but I personally think it'll be difficult to be caught out with poor quality as you could see from the photos of the product. If you were to talk about quality of build that wouldn't be seen in a photo, I've never had issues with scales, and any issues that I tend to see would be prize figures. I've received a SEGA prize with her forearm detached (luckily she was easily fixed with some glue) : 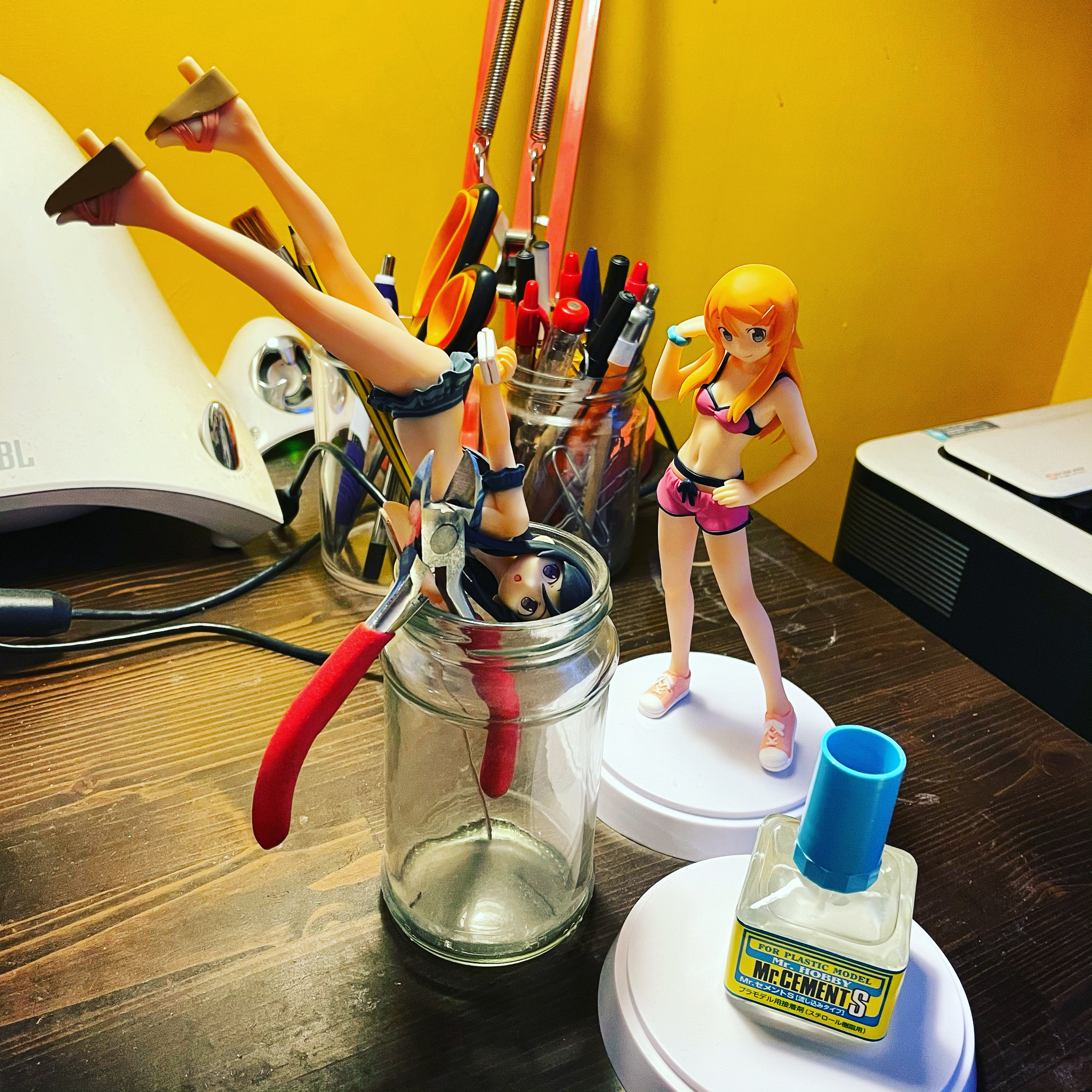 and a Banpresto with multi-toned limbs! 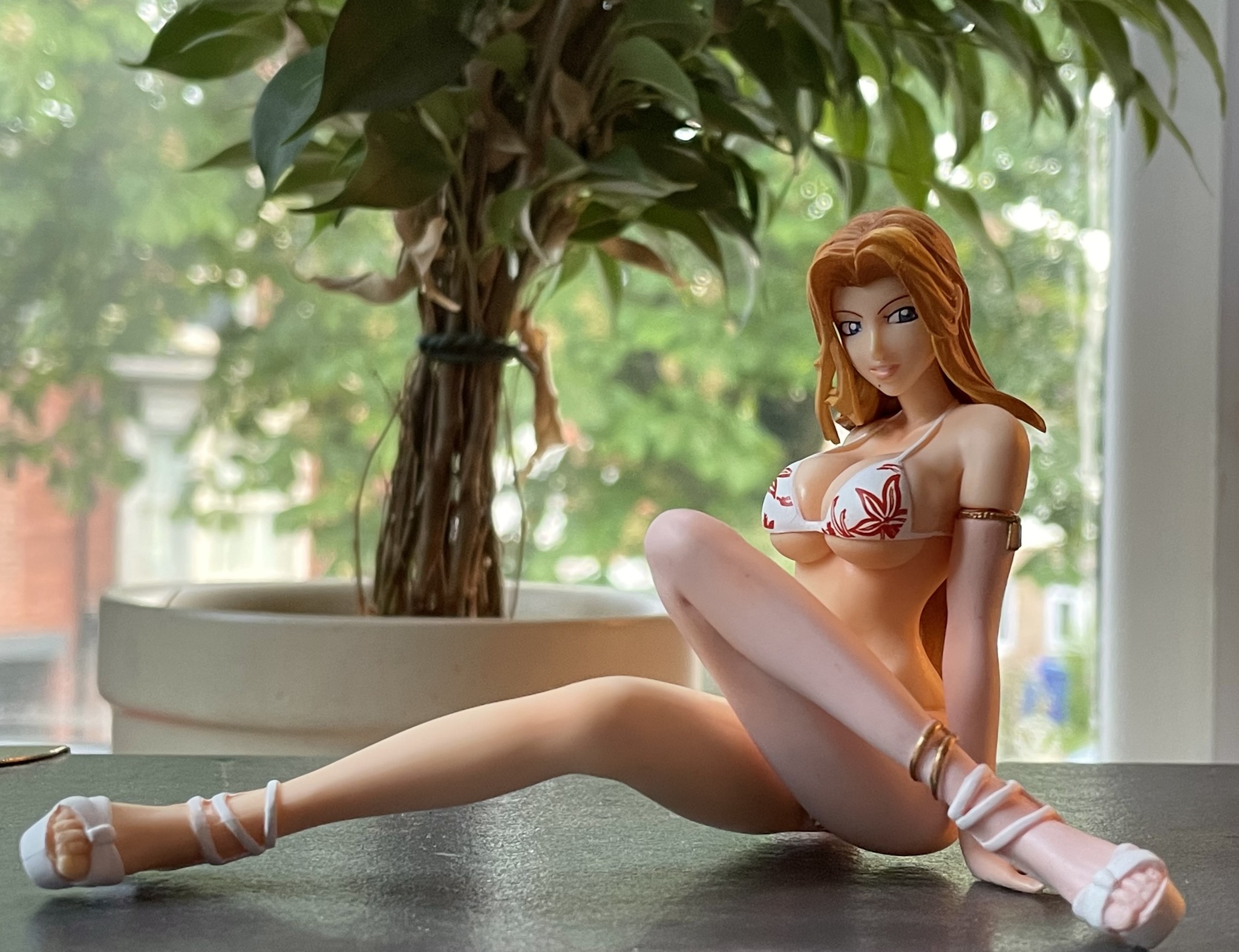 MLMjp
Thankfully, I haven't experienced anything really bad in regards to quality control.

Solarstormflare
Melian • 5 dager siden • #97924652Now I'm kind of scared for my Merlin O___Ome too, amiami is still holding him for me until ems comes back
5 dager siden

I haven't noticed any super glaring QC issues for a lot of my figures, but I think I might have lower standards. Some seam lines or painting slightly outside the lines is in my realm of acceptable/normal defects, and bad sculpting is expected from the lower tier manus. I also buy pre-owned vs new so I expect some level of wear and tear anyway. Broken parts or paint being the wrong color are probably the only things I'd really care about, but neither has happened to me yet and I hope that trend continues.
5 dager siden

BeardedCynic
Yeah, I have mixed luck myself, just wrote an article about my FuRyu Albedo coming in with damage due to improper packing. I find when I preorder or buy new there are certain companies that you can depend on to QC their stuff really well.

I have never bought a Native figure new that arrived damaged or had any defect I could really complain about as an example. The most recent ones ITEM #549563 ITEM #549564 and ITEM #745657 all came nearly perfect. Vanilla and Chocola were 100% perfect and Coconut had just one scuff mark that came off easily with a swab.

Prize figures, newer manufacturers, or manufacturers that are known to be bad about it though, I get stuff all the time with defects or damage. It's all part of the hobby though, feels really bad when it happens but that won't stop us! I do wish you all the best of luck with shipping and defects though, let's just share our good luck energy, haha.
5 dager siden
Se flere kommentarer