TyjosAzari1 måned siden
Right now with seasonal mood swings hitting and my aggravation and irritation levels going up due to the season changes and since it takes a short while for things to get back to some "Normalcy." after one gets used to the time changes/shorter days/colder days I need to distract myself from things since plugging into the Internet these days increases my aggravation at times.

Good thing my prime objective these days is staying chilled and getting away from places that may set me off to where I start ranting and yelling about things.

Less time on the Internet is more appealing to me these days, spent more time outside today so I'm more relaxed.

I won't be buying anymore figures for a time since I'm pretty much done and with only 2 figures left on pre-order for the Anime collection for the year and after cancelling almost every Anime figure that was on Pre-Order for 2022 I don't want to be stuck in the loop of waiting anymore.

Pulled a box out of the Attic that had Zoids in it that I had gotten from a friend earlier this year and it's time to start rebuilding those Zoids.

This is what was in that box when I got it in March and have some other Zoids to rebuild that are in a storage tote in the office too so plenty to work on MFC.

The Red Blade Liger and Berserk Fury will be rebuilt first.

The Liger Zero is one of my top favorite Zoids so looking at the Zoids from when the set of them were completed earlier this year makes me pretty happy to have them.

Zoids is one of my favorite older series MFC and looking at them gives me a great nostalgic feeling so I'm glad to have a few Zoids to rebuild and dig out the parts and get those on display as they are rebuilt.

Got enough figures here after pulling out other figures today to put on display don't have a need to get more so it's down to just deciding on what kits or smaller figures to pick up next year.

Chances are now good MFC that when I get the usual Gift Card that I get for Amazon for Christmas may use it for a few Model Kits mainly SD Kits since I want smaller sized kits that won't take up a lot of space or a lot of time to assemble. -Still may use that Gift Card for either Star Wars figures or the LEGO AT-AT Walker Set.

ITEM #35234 this was picked up this week for $13 and the prices on SD Kits are what makes me love those and getting great little kits for less than the cost of a Prize figure works out a lot for me.

Down to waiting for Transformers Kingdom Tigatron to get in stock where it's Pre-Ordered and won't be getting that till after December 10th so now with that being the last main Transformer added to the collection next year's Collecting Focus if anything for Anime will be on Mobile Suit Gundam Model Kits and Zoids Model Kits.

Stavkor
Assembling model kits is my favourite hobby and something I seriously need after so many consecutive hours in front of a computer screen because of work. I own all the Figure-Rise Amplified Digimon Model kits and a couple others. I really love the model kits by E-Model, one of the few cases where I feel I get more than what I am paying for. Especially with their Mega Man Zero and ATK Girl kits. Now I am waiting for an Iron-Man Mk. 46 to arrive.
1 måned siden

SebastianLover
I used to do airplane/vehicle models when I was younger. Since I've become so enamored with older cars I might get back into that. I agree, it's really a zen hobby honestly. I'm not really into anime model kits though, GKs are more my speed. Model kits don't tend to have the aesthetic I like in figures.
1 måned siden

I have a similar hobby, which is building 3D metal models. I wasn't even aware such thing exists until I got a set as a gift from a trip to China. So far I made 2 Chinese buildings and a cathedral (photos + WIP here: mobile.twitter....). One day, I'm going to make Fairy Castle by Picture Kingdom.
1 måned siden

nezra
It's not strictly MFC-related, but I've played Warhammer 40K for about 16 years now so I've done a heck of a lot of model kit building and painting. I definitely agree with you about it being therapeutic. When I get into a good building/painting rhythm I can really stay off the internet for days or even weeks at a time (as my primary time-wasting activity, at least).

I have a decent number of Gunpla but haven't built one in a long time, it was something I was mostly into back in high school. I recently picked up ITEM #1155776 though, my first 30 Minutes Sisters model, and I like her a lot. She's cute and she doesn't break the bank unlike some more expensive kit lines. It's pretty difficult to find the optional parts right now though unfortunately. I've been considering trying to get into Frame Arms Girls or Megami Device, but between my 40K backlog and garage kit backlog it might be a good idea to hold off on more model kits for a while.
1 måned siden

TyjosAzari
Zes • 1 måned siden • #103862093Haven't seen you post in a few days. Missed these topics!
I used to collect model kits but then I pretty much transitioned to collecting garage kits instead. I don't trust myself to build and paint those so I usually hire an artist to do so for me.

Had to get away from MFC for the last few days, and won't be doing daily blogs anymore since my moods are in flux now so no point in sticking around this place when it's nearly setting off a mood swing and me wanting to rant about how things are with the hobby and this community and best thing to do is get the hell away from this place for a time.

I can't stand this time of year because of my seasonal moodswings cold weather/grey overcast days/shorter days just screw me up and with the Internet getting crazier spending less time online makes sense for this time of the year -plus getting away from ordering online too so staying unplugged from this place more helps out with that as well.
1 måned siden

Zes
Haven't seen you post in a few days. Missed these topics!

I used to collect model kits but then I pretty much transitioned to collecting garage kits instead. I don't trust myself to build and paint those so I usually hire an artist to do so for me.
1 måned siden

nekosasuke
I've only built ITEM #1063852 and ITEM #1063854 but it was pretty easy and fun to do (even though they are soo tiny) I would love to build others in the future. I would also love to paint and build at least one garage kit eventually too.
1 måned siden

korra
i’ve built a few and they can be quite therapeutic!! however sometimes i can get impatient with the sanding, cus sometimes it feels like the nub is never going to get smaller… :’) one day i want to try and paint a kit, it sounds really fun!!
1 måned siden

Data
I love model kits! I've only a built a few though and they're all pretty much Gunpla kits. I mostly build MG kits and recently started working on some RG kits. I'm also considering to branch into the Megami Device and Frame Arms kits in the future. Few of my favourite kits are ITEM #8336, ITEM #81153 and ITEM #1077887. I've recently built ITEM #1077887 and it was quite a fun experience. 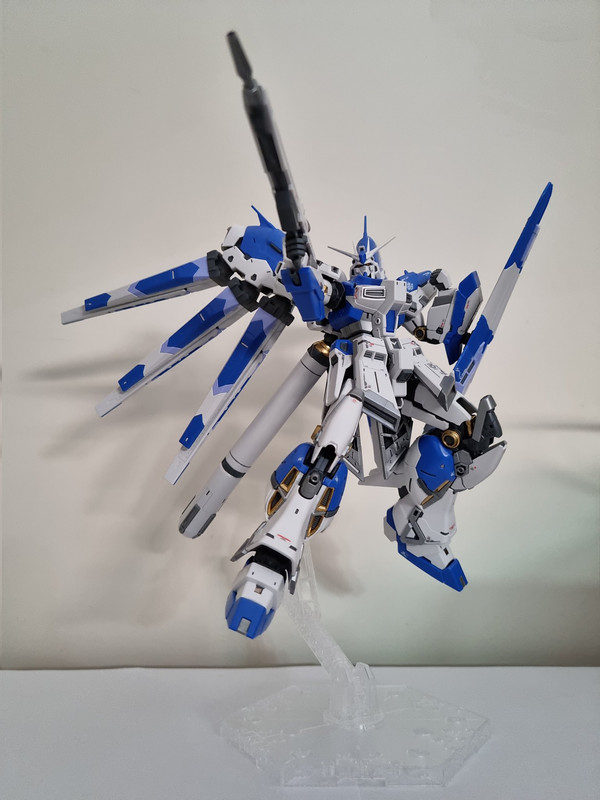 My Blogs are personal logs/diaries to help keep track of my Collection.