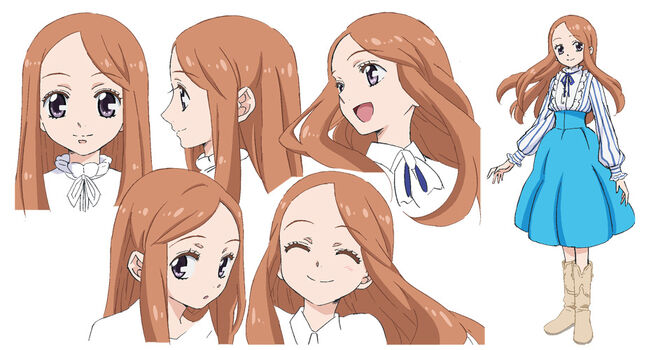 View spoilerHide spoilerIt is later revealed that they are not related by blood. She was told by doctors that she didn't have long to live, and even lost her life once - only to be revived by the mysterious power of a penguin hat. She dies again in episode 12, for the "soul" that Kanba gave her in episode 1 had expired.

Himari has a calm personality. She never argues and has a very kind heart. She is usually cheerful and tries to live life to the fullest.

View spoilerHide spoilerHimari is Shoma's sister. She has a strong connection with him because he shared the fruit of fate with her. Himari states that Shoma is her fated one because he saved her from the child broiler but gives up on this in order to pursue and stop Kanba. It is hinted that she is aware that Shoma does not feel the same way as she is aware of the growing relationship between him and Ringo.

View spoilerHide spoilerHimari has another brother named Kanba. It is evident throughout the series that Kanba is in love with Himari and goes to great lengths to save her. She later tries to do the same when he sides with the terrorist group for money. In the last episode she confronts and comforts Kanba as the fruit of fate is returned to him.

Himari met Ringo while she accidently ran into her and knocked her curry away. Himari invited Ringo over to help make many dishes for Ringo's dates. Himari considers Ringo as a very good friend and told her she is welcome to come over anytime.

View spoilerHide spoilerIt is revealed in episode 9 that she, Hibari and Hikari were close friends three years ago before Himari left the school. The three together were meant to be called Triple H (ironically Himari was the one who had the idea for the name), but lastly they kicked out Himari from the group and later they officially debuted as the Double H idol duo.