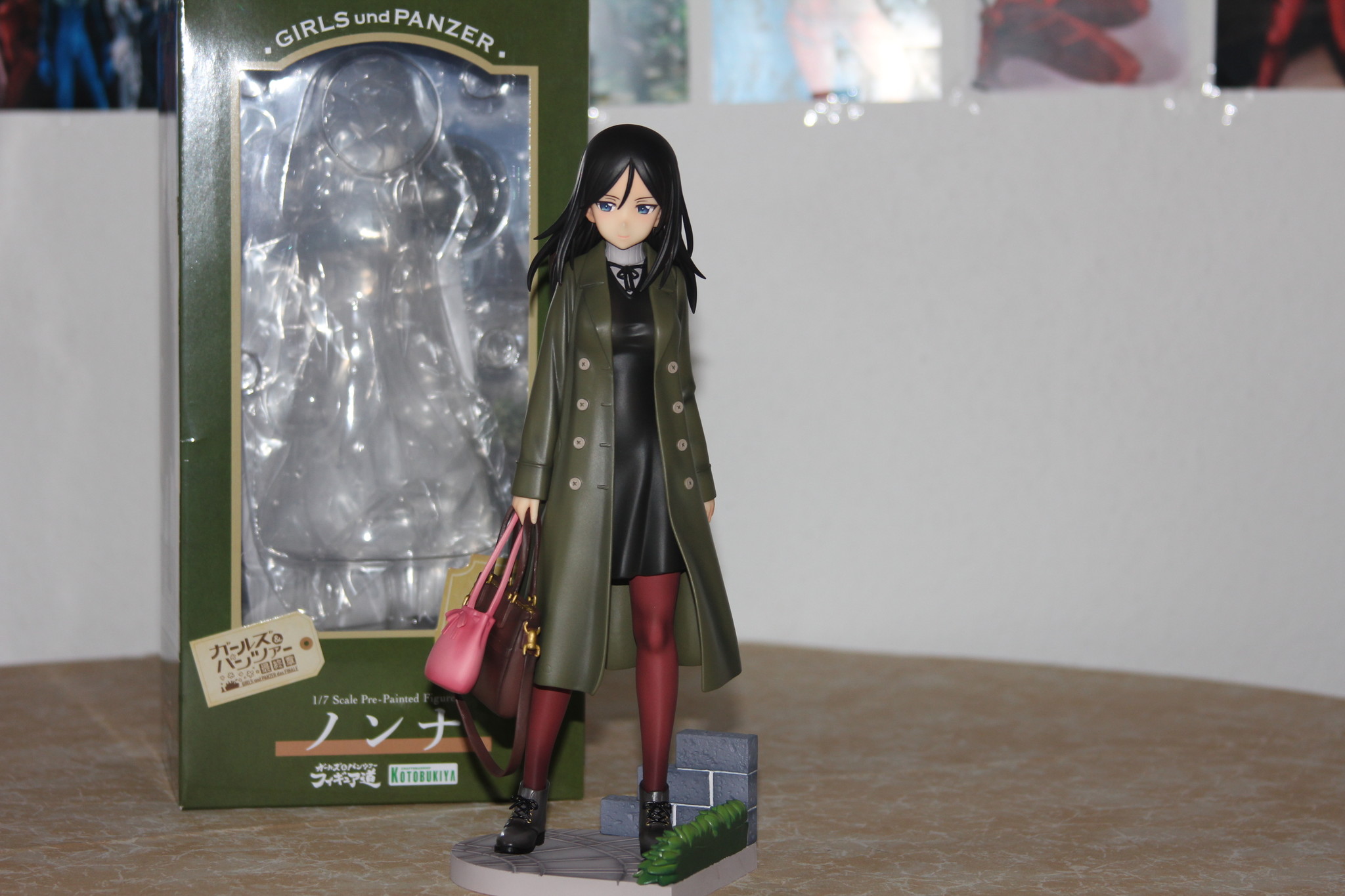 Figureditout
Very good figure. There are basically no flaws apart from one hair part that was glued on afterwards and has a tiny thick plastic knob where the seam to the head is. The figure itself is very tall, so you might want to watch out for that depending on who you want to position her next to (she makes them look tiny easily). The clothing is made from rather hard plastic, but has a nice paint to it so you won't notice unless you touch her.

- If you think about displaying her without the military cap: They went a bit lazy with the hair. The nice hair sculpt only reaches as far as her hat does not cover the head.
- If you only want Nonna and not her partner figure, the green bush is showing its flat side if you want the figure to face frontally.
- The pink bag has a weird looking cover instead of an opening or a zipper

Anyway, I'm just nitpicking with the minus points. It's a really good figure.
8 måneder siden⊛

Except where otherwise noted, pictures are licensed under a Creative Commons By-NC-ND License.