〜Introduction〜
Hello〜！ I’m Keira、 an anime/manga and VOCALOID enthusiast！ I have a small collection right now、 but I’m planning to grow it to where I have a whole bookshelf of figures！ I’ve been collecting since March 26th、 when I got my first petite of Nishikino Maki （ITEM #331639）！ I’m trying my best to get a good、 big collection for myself！ It’s like real like Pokemon、 just not as hard （depending on your budget） (⌒_⌒;)

I'm also not very good at keeping to one series of trading figures ^^;

Collection rules： Anything and everything is OK！

❤Kotori is my best girl❤ 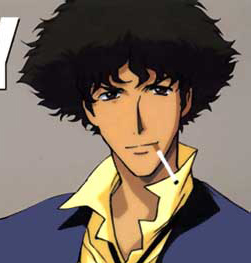 Wario54
KeiraKoneko38 • 4 år siden • #24380561Yeah, the Luka one is my favorites to be honest. Oh geez, haha. I'm not good at decisions in general, it's hard for me to pose my Madoka since she only comes with one happy faceplate lol. Right now I have Teto jamming out with Lily. Yeah, that's true haha. I didn't even notice the blogs last time I checked! Maybe they're planning to change the whole website eventually?
Aw I can't believe she comes with two sad faceplates, poor Madoka! It would at least be an easy choice for me though lol. Ooh cute! I've been tempted to collect Vocaloid Nendos since they made a good number of them aside from the Cryptonloids (when is Gakupo ever going to get another figure?) but I've resisted for this long haha. I think they are, and most of the mods don't even seem to be on board with the changes. I'm scared to see how the database part will look. ;-; I already hate how you can "like" items instead of favorite them. It doesn't even make sense, I obviously like everything in my collection. >.>
4 år siden

Wario54
KeiraKoneko38 • 4 år siden • #24232989Exactly what I thought! They looked really mature compared to their usual selves, it just felt off. And yeah, she's fun to play around with and make her "bug" the other nendos with her bread haha! I was expecting two extra face plates though, but its fine that she only came with one. She's been one of my dream figures and its a miracle i got her for so cheap. And yeah , actually! I got them in about April. Raspberry*Monster was one of my favorite songs at the time so I was super hyped when I got it haha. That's what I think of all the time, but they do have Inkling action figures, they're just not Good smile or Sea O' Colors. I just hope they collaborate with Goodsmile sometime soon now that Spla2n is out, or maybe even make Hime and Iida amiibos (which is inevitable.) Yeah, they might change it back but who knows, we'll just have to wait and see.
Yeah that's it, they looked more like Miku's or Gumi's age when they should look a bit younger. I think Tony Taka's style works best for Luka tbh. Yay Teto, congrats! I don't mind when Nendos don't come with more face plates just because I suck at deciding on which one to use lol, I even had a hard time picking for my Nozomi Nendo and she only came with two too. >.< The bread is super cute! I have her posed with the smug face and the default pose (I'm not creative) but having her hold the bread would be my second choice. XD Raspberry Monster has a lot of good covers too! I really like the Teto one of course. Ooh Spla2n, that's clever. They really work as Amiibos at least! Ahh they changed the blog format too, I didn't have as much of a problem with the homepage but the blogs are something I really have to get used to...
4 år siden

Wario54
KeiraKoneko38 • 4 år siden • #23771259Yeah, it's kinda hard for me to have one without the other, which is why I don't have many figures of them haha. And yeah, gameplay is pretty important to a video gamr, I should probably look it up sometime. Splatfests are basically battles using votes and turf war wins to determine which side will win (ex: cake vs ice cream). That's the best I could explain it. I don't really like the new logo, either. And it seems like the sizing for all banners was thrown out the window, and now you can only see a tiny but of the original banners.
Yes, it makes them doubly expensive! The Tony Taka figures looked nice but having to pay so much for both of them? Hell no. Then again I don't think it's the perfect rendition of them either way, as cute as they are they look a little too tall or something? Not sure how to describe it lol. Anyway I see you got the Teto Nendo, that's awesome! She's easily one of my favorite Nendos, I just love Teto. <3 I can only dream of other Utau Nendos. And did you always have the Raspberryism and Sweet Pumpkin Co-des? They're both super cute, plus Raspberry Monster is a great song. Ooh okay, I should really play Splatoon sometime haha. I'm actually surprised it doesn't have more figures, it's insanely popular and the character designs seem like they'd translate well into Nendos or something. Exactly, still don't think it's quite as bad as some people were saying (like a drunk design student did it, etc.) but there are a few things that could be tweaked.
4 år siden

Wario54
KeiraKoneko38 • 4 år siden • #23747162Haha, yeah. I only have the prize figures of them to go together, but also the Rin Pop! and miniature desktop Len. There actually are some people who own a 1/1 Kokonoe Rin (ITEM #1795), although it isn't the prettiest in my opinion. I heard that Gumi's game sucks at loading times haha, IAs might be a lot better due to bigger budget and newer technology. I don't play Splatoon personally, I just follow up on the splatfests and such. I want a switch to play it though. What do you think of the new homepage? I think it looks decent on mobile but I have no idea if it's good on computer or not, but it seems fine to me. Some people seem to be having issues with it.
That's cool that you have figures of both of them! I know there are some people that collect only Rin or Len but they're just so cute as a pair and they have so many great duets! Whoa that's huge, does look kind of freaky actually. I don't even want to think about how much shipping for that would be. x_x Yeah it's a shame because the song list for the Gumi game seemed pretty solid but there's just no point if the gameplay is bad. :S What are splatfests? Man, I am so out of the loop with Splatoon lol. The mobile site is fine but I don't like that there's not an option to switch to desktop anymore, I use my phone for like everything and I always prefer to browse sites in desktop mode rather than mobile. The desktop site isn't that bad but I don't like how the banner looks and not a fan of the logo. I can understand why some people are upset though, I never really like change either lol.
4 år siden
Se flere kommentarer